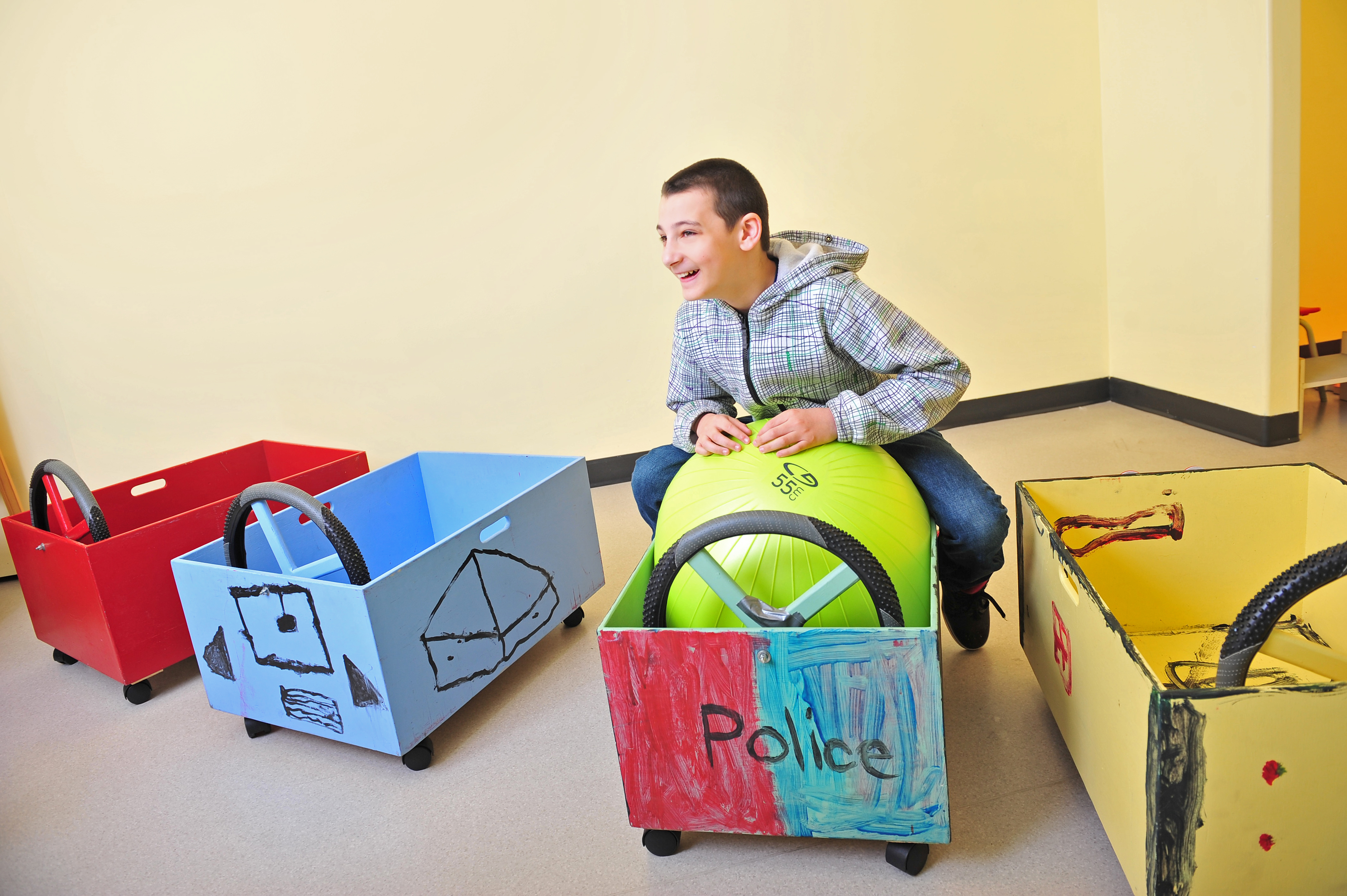 We believe that every child has an opportunity to be successful at life. We are devoted to educating families, professionals, and other service providers about complex developmental behavioural conditions and their behavioural symptoms, so that children or youth experience less frustration and more success.

Thanks to the ongoing determination of Aiden’s family and the dedication and collaborative efforts of our Key Worker Support Services team, Aiden and his mother have developed a better understanding of his emotions, strengths and skills after being diagnosed with static encephalopathy.

A combination of constant change, lack of support and understanding of his needs would send Aiden into an emotional spiral and he began to struggle each and every school day. It was a rough start to his school career and by the end of the year, after numerous suspensions, Aiden was in a classroom daily all by himself. He had attended three different schools in three years. Aiden’s mom felt extremely discouraged as she often felt under supported and ignored by those within the school system. The family became isolated, fearing to go out.

During grade two, his mother was referred to the BC Centre for Ability support services and Aiden started attending a boys group with the Key Worker Program. In the group, the focus was on self-awareness, specifically the identification and understanding of his feelings. In the beginning, Aiden’s feelings vocabulary was very minimal, and he struggled to read others or understand social cues. Thanks Aiden’s ongoing commitment and determination, he went from participating in a very small group to being a junior leader at a camp program; he went from being a child who hated school to one that now looks forward to going.

After weekly meetings with new targeted skills and goals and facilitated support to both Aiden and his mother, they both developed a better understand of his strengths and skills. With the support of the Key Worker, the mother took on a leadership role on Aiden’s team, voicing her past feelings, current concerns and future goals for her son. This was a turning point.

Aiden is now attending full time grade three; people around Aiden now understand how his brain works and how to best support him to maximize his potential. Every day reveals a new positive change for Aiden and he is able to channel his energy and emotions with every new friend he makes, game he plays, or challenges he face. Aiden is no longer controlled by his emotions but now reigns in his feelings with confidence and a smile to match.