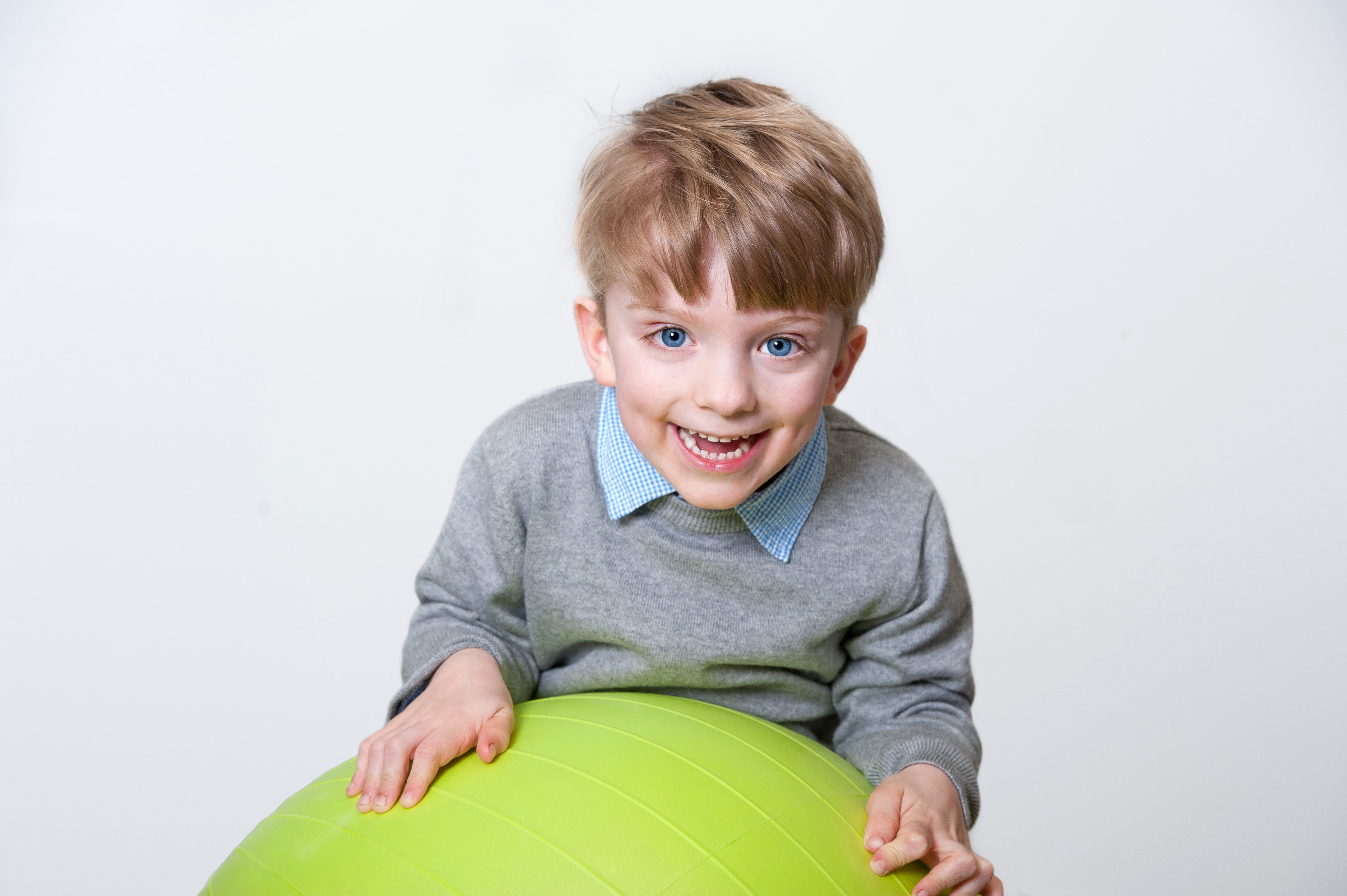 We are proud to offer a full spectrum of interdisciplinary therapy services to provide outstanding support to families and ensure that child has the ability to participate in their community as independently as possible.

Our dedicated Physiotherapy and Occupational Therapy team has supported Richie and his closely knit family since Richie was 6 months old. Thanks to the determination and collaborative effort of the team and Richie’s family, he has reached major mobility milestones and continues to progress.

Born at 31 weeks premature, Richie started therapy at 6 months old in the Centre. He was unable to roll over, sit, crawl and pull himself up as a typical infant would do. At one year old, he was diagnosed with spastic diplegia cerebral palsy and in April 2015 underwent selective dorsal rhizotomy (SDR) surgery, where 60 per cent of his spinal cord was cut to help treat muscle spasticity in his lower back and legs. The BCCFA team assisted Richie and his family prior to the surgery and supported them immediately after to develop a new plan to increase his muscle tone which decreased after the surgery and integrated some stretches to help increase the range of motion in his hamstrings/heelcords.
Richie was able to take his first steps in a walker by the time he was one and a half, thanks to the ongoing intensive physio appointments at BCCFA and his physiotherapist Catherine, and occupational therapist Nina, has since “opened the door” for him, teaching him the necessary life skills to be as independent as possible including using his walker to take his first steps, helping him learn to sit and walk in crutches unassisted for short periods of time and toilet training. In addition to having already travelled around the world, Richie now participates in an adaptive snow sports program, allowing him to use his walker to ski at Grouse Mountain and his next goal is to be able to use his “sticks” as his primary mobility support.

Richie and his family thank the Centre for making them a part of their life. The hardworking team was a “pillar of strength” and has taught Richie that he can do whatever he puts his mind to and that anything is possible.